I didn’t win, but my wee poem Jackdaws wasÂ shortlisted for the Bridport Poetry Competition 2016. 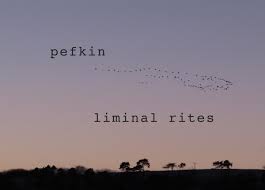 I am also pleased to say that Gayle Brogan, as Pefkin, will use the poem as the basis for a piece on her new album, due out in 2017. Check Pefkin out for really beautiful music, such as in the 2015 album Liminal Rites.

Good poems take on a life of their own. Jackdaws is part of a broader, developing piece of work called Tales From The Dartry Mountains. In this I am exploring the people, culture, politics and geography of the area in the west of Ireland that my mother came from.

The Bridport Poetry Competition was won by Edinburgh-based poet Mark Pajak with Spitting Distance, described by the judge, Patience Agbabi, as having an ‘understated authority of voice’. Well done!