It’s been a good few weeks with launch events for my new poetry collection. In November, I was asked to read at the Allingham Festival in Ballyshannon, County Donegal with noted Irish poets Annemarie Ní Churreáin and Denise Blake and English poet Chris Sparks.

The next event was at the Scottish Writers’ Centre in Glasgow’s Centre for Contemporary Arts with Donal McLaughlin and Finola Scott. Donal is an award-winning Derry-born short story writer and translator; Finola, launching her first pamphlet with Red Squirrel Press, is a widely-regarded poet who share an Irish heritage.

Following this, I read with the wonderful writer, publisher and singer Linda Jackson in my publisher, Sally Evans’s bookshop in Callander. Never was poetry read on a more dreadful night, with the wind and the rain nearly battering the door down to get in. Linda was reading from her beautifully written memoir The Siren Awakes.

And so now, in 2020, I’m heading to HighlandLIT in January and plan other launch events, again with Finola Scott, in Baillieston Library, Stirling Central Library and Edinburgh over the next few weeks.

It’s a tough thing to get a poetry book out and about, but a pleasure to share the words with fellow writers and the people who come to hear you and buy your books. I’m looking forward to it.

Tales from the Dartry Mountains is on its way. Charlie Gracie’s new poetry collection will be published by Diehard in January 2020, with launch events this November.

Des Dillon on Tales from the Dartry Mountains

Charlie Gracie’s poetry set in Ireland takes you directly into the history of his family and the history of their land. The intimacy with this land now lost in those who had to leave. It’s never directly said but those who had to leave are now out of sorts and out of place in a land that just doesn’t quite fit them. The poem where his mother rides a chopper bike to work describes this out of placeness perfectly. There is a constant drone of grief for what an immigrant loses; never again to be Irish and never quite
Scottish. And too far removed in time now anyway to ever go back and find what is lost. The political oblique-ness and visceral descriptions are what makes these poems work, no lectures, no diatribes and more philosophical insight than anger.

The second part of the collection deals mostly with Scotland (with a few trips elsewhere) and there are some crackers in here too. It seems to me that the melancholy of the emigrant from the Darty Mountains must bleed
into whatever Gracie writes about in the here and now. The trace of melancholy and the longing for something we shall never receive resonates through the whole work. Take For betterfor instance; a tremendously truthful look at old age and tucked away, like a genius in Easterhouse, is a breathtakingly exact line that could be a whole poem itself (read it and see it). Or the T shirt for those whose loved ones have disappeared into dementia.

A masterly, honest and melancholy collection.

The first novel from Charlie Gracie, To Live With What You Are, will be published later this year by Postbox Press: their first Scottish novel. It’s been a fair ould gestation, and I’m very pleased that Sheila Wakefield, owner of leading poetry publisher Red Squirrel Press saw both the poetic and  prose value in the story.

Maura Weightman, one of the leading public artists of our time, and her husband James, are masters of malice, creative and callous: but what is it that makes them tick? You’ll have to wait till November 2018 for the book’s launch.

Before that, on a calmer note, I’m teaming up with the wonderfully creative and centred Teresa Johnston of Sunrise Holistic. We’re running a short series of workshops at West Moss-side entitled Our Inner Emotions & The Written Word. Teresa will lead participants in meditation and I will support people in creative writing. The first will be on 24th March and it will be a very special day.

I’m building on my sequences of Irish poems too this year. Tales from the Dartry Mountains is based around my maternal grandparents’ home in the west of Ireland. Several poems were published in 2016 and 2017 in places such as Gutter and Southlight magazines, as well as Jackdaws being recorded by the excellent Pefkin (AKA Gayle Brogan) on her Murmurations album from Netherlands based Morc Records. Tales from the Shore Road is a Belfast sequence, based around my paternal grandfather’s life there and after he came to Baillieston. These are coming together to be a bigger project than I’d first imagined: one that takes the whole diverse histories and ecologies and up to wee Charlie in Baillieston. Me and the ould yins, that’s it.

Oh, and back to the fiction: after the first novel, number two is finished. I’m looking for a agent for this one, so it is out and running about in the Rejectosphere. Secrets. Maps. Kicking up the leaves. More good news to follow I hope. 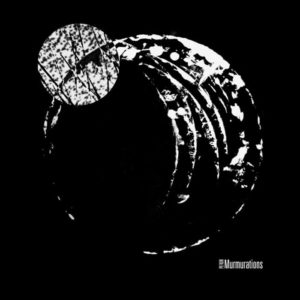 Murmurations is Pefkin’s new vinyl album on the Belgian-based Morc Records. Excellent, stuff, with long, ranging pieces that take you one minute to dreaming, the next to intensity. Pefkin is Gayle Brogan’s solo musical persona.

Among the pieces on the album is Jackdaws, based on a poem of mine. Gayle picked up on it when she played one of the HillGigs house concerts in Thornhill in 2016 as part of the brilliant duo Electroscope (with John Cavanagh). I was at the recent concert in Glasgow’s Glad Cafe to hear the last gig on Pefkin’s tour with Bell Lungs and Chris Cundy.

Here’s what WIM from MorC Records say about Pefkin.

​The past couple of years, Electroscope has become more active again as well, exploring new sounds, and as one half of the duo Barret’s Dottled Beauty, in which she performs alongside Kitchen Cynics’s Alan Davidson, all while keeping her work as Pefkin top level.”

Another excellent weekend coming up of poetry, music and  fun at Callander Poetry Weekend. This annual extravaganza is truly one of the highlights of the year. The weekend will run from Friday 2 till Sunday 4 September.

Sally Evans and Ian King are fantastic supporters of poets and poetry, and the weekends are always filled with strong words and plenty of laughs (plus excellent cakes). This year’s programme promises the usual high standard with poets coming from all over Scotland and beyond. Check out the Facebook page. Alternatively, go to Sally Evans’ website for more information.

I have a wee spot on Sunday afternoon, reading in the final session with Ray Evans, Ian King, Irene Cunninghame and Magi McGlyn.

My poem ‘Jackdaws’ is part of a larger sequence I am writing based around the Dartry Mountains in Ireland. The poem was shortlised for the Fish Poetry Prize 2016, run by Fish Publishing who operate from Bantry in Cork. Well done to the winners.

The Dartry Mountains includes Benbulben in Sligo (Yeats’s mountain) and travel north to Arroo, overlooking Lough Melvin, a lough that is part in the Republic and part in the UK. It is an area full of natural beauty, geological wonder, political and social history and, for me, family history, with my mother being born in Glenade.

I’m off to Ireland again this month to spend more time among the hills and to write, write, write. I’ll do what Liz Lochhead suggests: tie myself to a chair and tie the chair to the desk. There might be time for a night or two out in Bundoran for a pint or two of the black stuff in Brennan’s Bar or a bite to eat at Madden’s Bridge Bar. That and a hallo to my family there.

So, with all that, my Irish poems will be more and more formed. Perhaps I’ll have others for the Fish Poetry Prize next year. 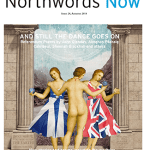 It is a  great magazine, edited by the poet Chris Powici and is always lots of interesting and good quality writing.

Dinner was cooked by my (fair) hand

‘if you end up leaving them, we’ll do them when we get back.”

my hands are immersed in suds

the father of daughters, unleashed